Are you looking for a visa to visit a foreign country? Do you know where to get such services between an embassy and a consulate? Have you had issues directing a fellow citizen on where to report a crisis in a foreign country between a consulate and an embassy? Like in any other field, these are the two common organizations in the foreign policy arena, that many people find hard to differentiate.

An embassy is an organization offering the primary diplomatic representation of one country in another country (in general in the capital city).
A consulate is a smaller diplomatic organization or simply a branch of the embassy, usually located outside the main city of the receiving country.

The embassy is the central location where main, between state affairs, are discussed. This organization forms the central working place of the ambassador, a representative of one country in another.

The ambassador should work closely with the ministry of foreign affairs of the host country. An embassy is located in the receiving country’s capital city to make sure that all citizens of that country can easily access its services.

The services that an embassy can provide to its nationals and the locals differ by country.
Most embassies, however, handle sensitive matters like war or emergency issues and trade. In this regard, it is advisable to consult an embassy on the steps to take when local or international conflicts arise.

Embassies also offer other services, including:

As stated above, an embassy should inform the host country through the ministry of foreign affairs how the represented country’s nationals are to be treated by the receiving country.

In the same spirit, the embassy is obliged to inform its government about all political, social and economic happenings affecting its nationals. If need arises, the embassy can also inspect military partnership between the two countries.

The embassy also should arrange official visits, especially those involving their head of state.
The embassy also prepares treaties to be signed by the two countries.
The embassy is also required to promote the culture of its country by organizing famous cultural festivals.

An ambassador is the spokesperson of the home country and is obliged to report to the home president.

In many cases, diplomats are not arrested or jailed under the laws of the receiving state. Many countries do this to protect the very crucial information that diplomats in embassies handle.

A consulate is a representation of a country in another country’s large city.

Since some countries have some economically important cities but not necessarily the capital city, the extension of some of the embassy’s services is made possible through a consulate.

A consulate can, therefore, represent its country to the general population or to the business community. A consul general heads all the services that a consulate offers.

Since it is allowed to have more than one consulate representing one country in another country, the roles played by each consulate can be independent and unique from the other.

Some standard services offered by consulates are:

Consulates are obliged to report personal issues affecting their citizens, including births, marriages and deaths. Consulates should also report to their government the main events happening in the host country.

Differences between an embassy and a consulate

The embassy focuses mainly on major diplomatic functions and some trade issues while a consulate focuses primarily on trade and commercial links.

An ambassador heads an embassy while a consul general leads a consulate.

The embassy is obliged to maintain a stable diplomatic relationship between its home country and the host country while a consulate is required to handle its citizens’ welfare.

I hope the air is cleared after reading this comparison post and that now you know in detail how an embassy varies from a consulate.

While there are some differences in the services that embassies and consulates offer to local and foreign nationals, it is clear that consulates can also provide most of the services offered by embassies. It would be best to determine the organization near you when you have foreign issues that you need to solve. 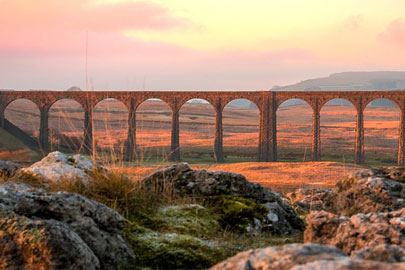