You most likely already know what is an operating system (Windows, Linux, macOS). But if you came across the concept of a kernel, maybe the difference with the OS is not obvious to you. Don’t worry, I’ll explain everything in this article.

If you are new to this, I encourage you to read the rest of the article, to better understand how all of this is working on your computer.

To understand how the OS and the kernel differ, we first need to understand what role each one will play. Your computer will need both an operating system and a kernel to run properly. But they each have slightly different purposes.

The operating system operates as the interface between the user and the computer. It makes it easy to control the software. Here are some of the things that an operating system will be responsible for:

You will need to use it to run the programs on the computer.

The kernel is a part of the operating system. It is responsible for turning your user requests into something that the computer can understand. It manages the hardware. Some of the tasks that it will be kernel will be responsible for:

Without the kernel, the operating system won’t be able to work properly.

Since both of these are critical to the way your computer runs, they are the last two things to stop running before your computer shuts down. The kernel will stop running first, with the operating system shutting down a few moments later.

In the world of computers, there are plenty of customization options. This is especially true when it comes to the operating system. Here are some of the types you can choose from:

These are just the categories of operating systems. There is plenty of choice within each one. For example, users can choose between brands like Microsoft, macOS, Linux, or Android. Each of these creates a substantially different feel when you are using it. The themes, layout, and types of compatible programs are all distinct.

On the other hand, there isn’t too much variation within the kernel. It can be broken down into two varieties, which are seen across most operating systems. These are:

The type of kernel used will depend on the type of computer you are running and the type of operating system you have.

The next thing to consider is how easy it will be to change each of these elements. If you are planning on changing the kernel it will be a complex process. It will require a lot of skill. For example, you might be able to access the kernel and swap installation files with compatible ones. However, this is rare. Any changes will be unoptimized, so they won’t provide a lot of benefits.

However, making deep changes to the kernel, like changing functions, will be extremely difficult. For the clear majority of people, it will be verging on impossible. Even if you know about computers and programming, you’ll often need to spend a lot of time researching how to do it properly.

Even if you have the skills, it will often be protected by the license agreement you signed when installing the operating system. This will prohibit too much tampering with the way the operating system performs, including making changes to the kernels.

On the other hand, it will be relatively easy to change the operating system of your computer. As an example, if you want to install Linux, you’ll have to follow these steps:

It should be noted that there is a limit to the type of operating systems that you’ll be able to use. This is based on the type of computer you are using. If it has been designed to run Windows it might not work with macOS.

It’s a good idea to double-check that the settings are compatible before you start trying to install a new operating system. This will allow you to avoid irreversible damage to your computer.

Even if you don’t install a new operating system, your existing one might be upgraded. This allows any bugs from the previous edition to be fixed. It also changes the layout for users. It’s unlikely that these upgrades will have much of an impact on the function of the kernel.

Here is a quick guide to the core differences between a kernel and an operating system. As a network administrator, I often hear this mistake when using Internet or Ethernet in the wrong case. But they are two entirely different words, nothing sharing, except the sonority. Here is the best way to explain to you the real difference between these two notions: The main difference between Internet and Ethernet is that… 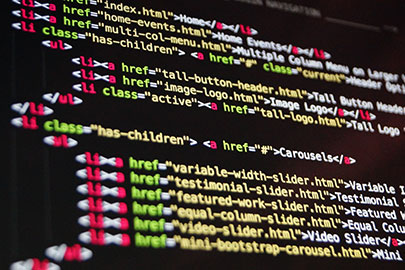