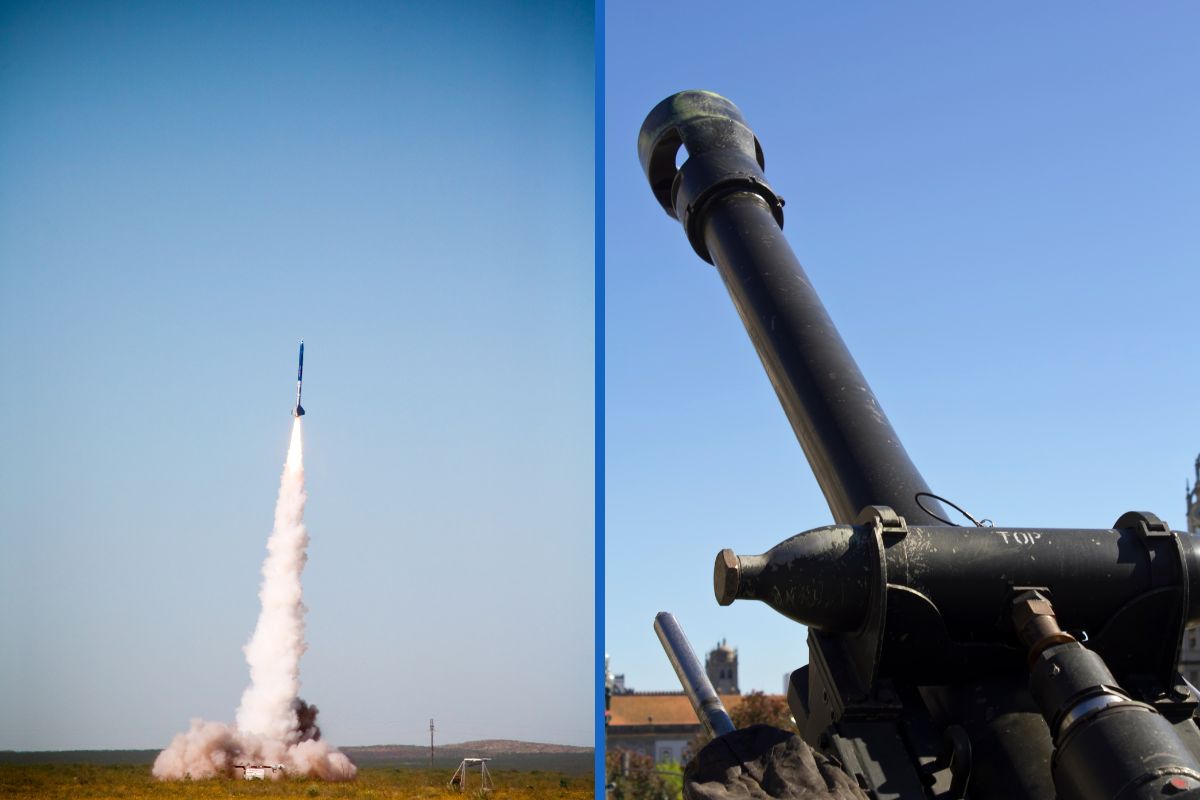 Rocket is a subcategory of artillery weapons, that use rocket explosives as the projectile instead of the more traditional artillery shell (generally shot by large guns).

Obviously, this is a short answer to your question, and there are more details to know about each type of weapon. Keep reading to discover all the secrets of how they work.

Main difference between rockets and artillery

The main difference is that rockets use self-contained propellant, while artillery shells are fired from a gun. This difference in propulsion leads to some key differences in how these munitions function.

Artillery shells, on the other hand, are fired from a gun. This gives them much greater accuracy than rockets. They also have a lower trajectory, which makes them better for targeting enemies that are close to the ground. However, artillery shells are much slower than rockets.

Let’s take a look at both weapons in more details to answer all your questions on this topic.

You should also read: What is the Difference Between a Missile and a Rocket?

According to Wikipedia, artillery is a class of heavy military ranged weapons that launch munitions far beyond the range and power of infantry firearms.

Artillery is one of the oldest forms of warfare, dating back to ancient times. Early artillery pieces were large and cumbersome, making them difficult to move and deploy on the battlefield. However, advances in technology and engineering have led to the development of smaller, more portable artillery pieces that can be easily deployed and used by troops in combat.

Artillery plays a vital role in modern warfare, providing troops with the ability to engage enemy targets at long range and inflict significant damage. Artillery pieces are typically mounted on vehicles or placed in static positions on the ground, and can be used to engage targets on land, at sea, or in the air.

Here is a comparison table to easily compare artillery and rocket in one glance:

If you like this article, here are a few more that you should read after that: