If a Belgian and a Dutch stand before you, would you be able to identify which of them is from Belgium or which is from the Netherlands?
Maybe if they begin to speak, you would 🙂
One major difference between Belgium and the Netherlands is their language. Though some Belgians talk in Flemish, a kind of Dutch, it is different in terms of pronunciation and intonation from the native Dutch that the Netherlands use.

Feel free to read on to know more about Belgium, Netherlands, and the difference these neighboring countries have.

Belgium, or officially known as the Kingdom of Belgium, is one of the smallest countries of Northwestern Europe with a total area of about 30,528 square kilometers.
It shares borders with the Netherlands, Germany, Luxembourg, and France.

The northwest part of Belgium consists of coastal plains, while the southeast portion has mountainous regions. The four-adjacent land boundaries measures about 1,300 kilometers, with a 60-kilometer shoreline on the North Sea.

The country has a long history of being formerly controlled by other countries. It was first invaded by the Romans, then Germans.
In 1519, it was occupied by the Spaniards, who later lost the country to the Austrians in 1713.

After the Battle of Waterloo, Belgium became a part of the Netherlands in 1815, then won its independence against the same country in 1830. Throughout its independent decades, it was invaded again by Germany for several times until it was formally liberated in 1944.

According to Worldometer’s reflection of the United Nation’s data, the midyear population of Belgium for the year 2020 is estimated to be 11,589,623 people.

This number comprises 0.15% of the world’s population, ranking the country on the 81st spot in the list of most populous nations.
Most people in Belgium live in urban areas.

As a federal state, Belgium is divided into communities and regions.
The three communities are the French Community, the Flemish Community, and the German-speaking community.
The three regions, however, are composed of the Walloon Region, Flemish Region, and the Brussels-Capital Region.

Data from the International Monetary Fund World Economic Outlook displayed that Belgium has a nominal Gross Domestic Product of 529.55 billion dollars for the year 2020.

This amount placed the country on the 25th spot in the list of countries with the highest nominal GDP. Its economy is one of the most advanced among countries in Europe.

A third of this country’s GDP is generated from the manufacturing sector. This includes metallurgy, food processing, steel, and textile industries.

Belgium’s economy relies significantly on its trade industry, exporting various products such as chemicals, pharmaceuticals, machinery, and many more.

The division in communities was primarily based on the difference in languages among various areas of the land.
Flemings speak in Flemish, a language close to Dutch, while Walloons, in French. A German-speaking community also exists in the city of Liege.

These groups also have different customs. For example, Flemings just do a simple handshake as a greeting, while Walloons give light kisses on the cheek.
But in general, Belgians love sports, especially soccer, as much as they love waffles and chocolates. In terms of religion, the majority of the people are Catholics.

The monarchy and the country’s soccer team are probably the main national symbols of Belgium.

Its flag is designed with three vertical stripes with colors black, yellow, and red, from left to right.

The Netherlands, the official name of Holland, is bounded by the North Sea, Germany, and Belgium.
It has a total area of 41,543 square kilometers.

This low-lying country relies on the dikes and pumping stations that the Dutch built to keep the seawaters from taking over the lands.
More than 2,900 kilometers of dikes protect the low areas. Without these, more than half of the country would be flooded daily.

Several invasions were written in this country’s history.
These include the taking over of the Romans, Germans, and Scandinavian Vikings, as well as other conquering countries such as Spain, Austria, and France.

For the midyear of 2020, United Nations data estimated the Netherlands population at 17,134,872 people, equivalent to 0.22% of the world’s population.

About 92.5% of the population is urban, as more than half of the Netherlands’ land area is highly developed.

The country is currently a parliamentary, constitutional monarchy and a decentralized unitary state with three other levels of the government apart from the parliament and legislative sector.

The three levels are the Dutch provincial governments, the Dutch municipalities, and the water boards, which manages the dikes and waterworks.

The Netherlands is a highly developed country in terms of economy. Recent data from the International Monetary Fund ranked the state at the 11th place according to nominal GDP, with an estimated value of 930.99 billion dollars in 2020.

The Netherlands is one of the top ten exporters of the world. It is leading in food and agriculture trade, as the foodstuff industry plays a significant role in the country’s economy.

The automated agricultural sector and innovations in food technology help a lot with this industry’s improvement. The Netherlands actually ranks as the top agricultural exporter in the European Union.

The primary language used in the Netherlands is Dutch, which also refers to the people.
The Dutch take pride in their contemporary arts and beautiful canals.

Daily customs include riding the bicycle as a mode of transportation. Roman Catholicism is the widespread form of religion in the country.

Tulips and windmills come time to mind when talking about the Netherlands. The country is a leading exporter of flower bulbs, the majority of which are the tulips. Also, over a thousand windmills stand in the region, and some are still operational.

The flag of the Netherlands is composed of horizontal stripes of colors red, white, and blue from top to bottom.

The Difference Between Belgium and Netherlands

Belgium is bounded by four neighboring countries while the Netherlands is surrounded by two, including Belgium.
The Netherlands is geographically bigger than Belgium. The North Sea bounds a greater distance of the Netherlands compared to Belgium, thus urging the Dutch to build dikes to protect their region from flooding.

With these two countries’ adjacent locations, they were easy targets for the same conquerors.
The Netherlands got its independence in 1648 from the Spanish rule, and from the French in 1814.
Belgium separated from the Dutch in 1830, but it was in 1944 when the Belgians finally achieved complete freedom. Therefore, the Netherlands became an independent state earlier than Belgium.

The Netherlands is more populated than Belgium.
It is also denser than Belgium in terms of people per area.

Belgium is a federal state consisting of communities and regions.
The Netherlands, on the other hand, is a decentralized unitary state that has three lower government levels, namely, the provincial government, the municipalities, and water boards.

Netherlands has a higher nominal GDP value compared to Belgium, according to the IMF 2020 data.

Both countries rely on exports and trade industry. But the difference lies in what products each country usually exports.
Belgium focuses on items manufactured from imported raw materials, as the manufacturing sector is its primary industry.
The Netherlands exports mainly food and agricultural products.

Belgium has three main languages: Flemish, French, and German, while the Netherlands only has Dutch as its official language.
Though Flemish is close to the Dutch language, there are variations with the pronunciations and vocabulary.
Sports such as soccer is popular in Belgium. In the Netherlands, the Dutch appreciate and enjoy visual arts.

The flag of Belgium is a vertical tricolor of black, yellow, and red, contrary to the horizontal red, white, and blue stripes of the Netherlands’ flag. Belgium’s name is associated with waffles and chocolates, while the Netherlands is known for its tulips and windmills.

Neighboring countries tend to have similarities that might confuse foreigners. These similarities are brought by historical events that affected both states, resulting in almost the same cultures.

But every country has distinctive features that can only be found exclusively within their territories. That’s what makes each country unique and beautiful in its own way. 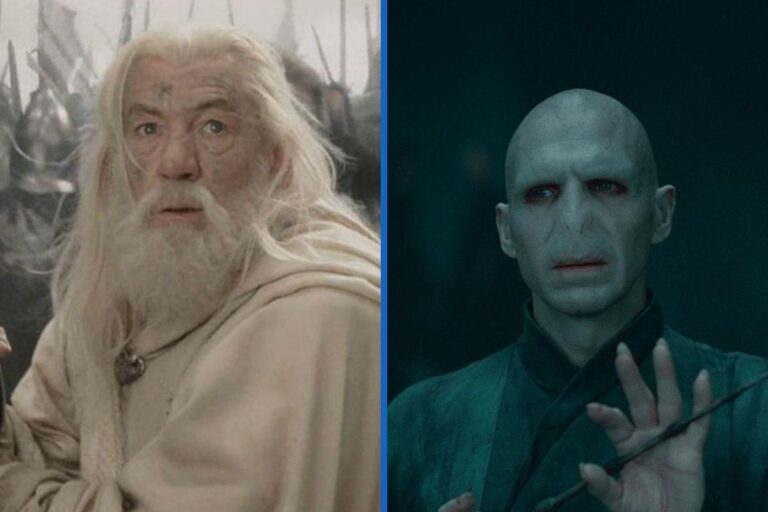 Each country seems to have its own logic to organize its sub territories. Provinces, states, cantons, etc. It’s pretty hard to understand the subtle differences between all this terms, that why we’ll compare provinces and states in this article. The main difference between a state and a province is the autonomy they have for legislation… 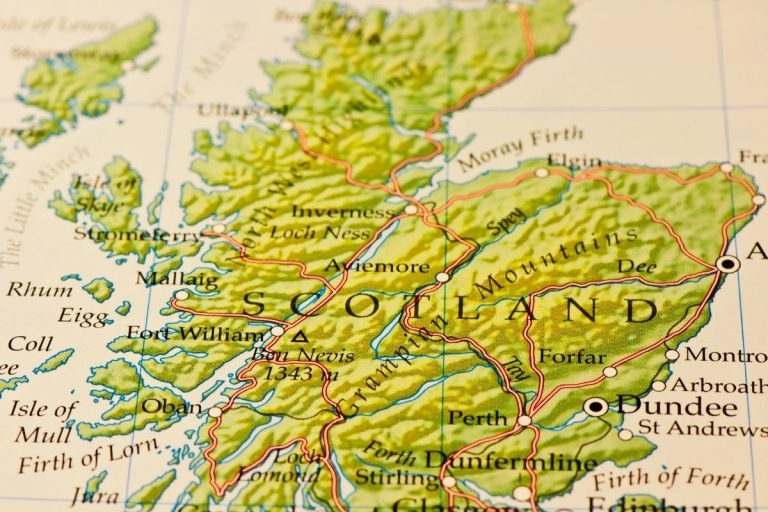 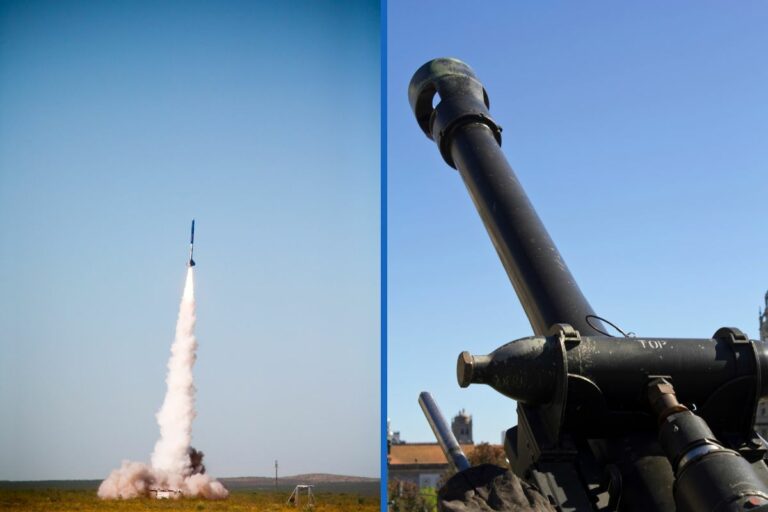 Comedies and tragedies are two of the most popular genres in literature, film, and theater. Though they are similar in some ways, they also have many important differences. Do you know them? A tragedy is a form of drama that presents a serious subject, usually involving human suffering, and often ends with a death or…